“It was for freedom that Christ set us free; therefore keep standing firm and do not be subject again to a yoke of slavery. Behold I, Paul, say to you that if you receive circumcision, Christ will be of no benefit to you. And I testify again to every man who receives circumcision, that he is under obligation to keep the whole Law. You have been severed from Christ, you who are seeking to be justified by law; you have fallen fallen from grace. For we through the Spirit, by faith, are waiting for the hope of righteousness. For in Christ Jesus neither circumcision nor uncircumcision means anything, but faith working through love.”

What in the world is Paul saying here? Is he actually equating something as simple as being circumcised to an obligation of keeping the whole Law? And surely he isn’t saying that a person could really fall from grace, is he? And why just circumcision? Why not any other legalistic practice?

To fully understand what Paul is saying, and why it warrants such a strong response from him, I think it’s important to go back to the beginning.

In Genesis 17, God established a covenant with Abraham (then Abram) and initiated circumcision to be a sign of this covenant. Abraham and his descendants after him were to be circumcised in their flesh, and anyone refusing was to be cut off from Israel because in doing so, that man had broken God’s covenant.

The Law of Moses

Although circumcision was initially given as a sign and acknowledgement of the Abrahamic covenant, it also came to be identified as a requirement within the Law of Moses. In Leviticus 12:1-3 tells us:

Then the LORD spoke to Moses, saying, “Speak to the sons of Israel, saying:  ‘When a woman gives birth and bears a male child, then she shall be unclean for seven days, as in the days of her menstruation she shall be unclean. ‘On the eighth day the flesh of his foreskin shall be circumcised.

Circumcision of The Heart

To comprehend the scope of what Paul is trying to convey, we must understand the significance that God places on the practice of circumcision.

Had Jesus died for His own sins, He would have remained in the grave and we would be eternally without hope. But praise God, He is the unblemished and sinless Lamb who is the author of the New Covenant through His blood! When we accept Jesus’ sacrifice and enter into this covenant with Him, and the Holy Spirit circumcises our hearts as a sign of regeneration and acceptance.

To this, Paul says:

So, it becomes clear that Paul is not referring to mere circumcision. In that case most men in the United States would have no hope. But he is referring to physical circumcision as a symbol of adherence to the Law as our means of salvation. The book of Hebrews tells us that the blood of bulls and goats can never take away sins. But Jesus, our eternal sacrifice, nailed them to the cross removing them forever!

For the Law, since it has only a shadow of the good things to come and not the very form of things, can never, by the same sacrifices which they offer continually year by year, make perfect those who draw near. Otherwise, would they not have ceased to be offered, because the worshipers, having once been cleansed, would no longer have had consciousness of sins? But in those sacrifices there is a reminder of sins year by year. For it is impossible for the blood of bulls and goats to take away sins. Therefore, when He comes into the world, He says, “Sacrifice and offering You have not desired,But a body You have prepared for Me;In whole burnt offerings and sacrifices for sin You have taken no pleasure.“Then I said, ‘Behold, I have come(In the scroll of the book it is written of Me)To do Your will, O God.’”After saying above, “Sacrifices and offerings and whole burnt offerings and sacrifices for sin You have not desired, nor have You taken pleasure in them” (which are offered according to the Law), then He said, “Behold, I have come to do Your will.” He takes away the first in order to establish the second. By this will we have been sanctified through the offering of the body of Jesus Christ once for all.~Hebrews 10:1-10

Welcome to Sealed in Christ 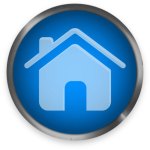