Have you ever noticed how strikingly similar the Olivet Discourse is to other certain verses in the books of Revelation, Joel, and Isaiah?

It’s a pretty fascinating comparison, actually. Sort of an ‘apples to apples’ kind of thing. Take a look!

P.S. It’s even color coded! (but you’ll have to visit my site to see it)

Matthew 24:29-31
“Immediately after the suffering of those days, the sun will be darkened, and the moon will not give its light; the stars will fall from heaven, and the powers of heaven will be shaken. Then the sign of the Son of Man will appear in heaven, and all the tribes of the earth will mourn. They will see the Son of Man arriving on the clouds of heaven with power and great glory. And he will send His angels with a loud trumpet blast, and they will gather His elect from the four winds, from one end of heaven to the other.

Mark 13:24-27
“But in those days, after that suffering, the sun will be darkened and the moon will not give its light; the stars will be falling from heaven, and the powers in the heavens will be shaken. Then everyone will see the Son of Man arriving in the clouds with great power and glory. Then he will send angels and they will gather his elect from the four winds, from the ends of the earth to the ends of heaven.

Luke 21:25-28
“And there will be signs in the sun and moon and stars, and on the earth nations will be in distress, anxious over the roaring of the sea and the surging waves. People will be fainting from fear and from the expectation of what is coming on the world, for the powers of the heavens will be shaken. Then they will see the Son of Man arriving in a cloud with power and great glory. But when these things begin to happen, stand up and raise your heads, because your redemption is drawing near.”

Revelation 6:12-17
Then I looked when the Lamb opened the sixth seal, and a huge earthquake took place; the sun became as black as sackcloth made of hair, and the full moon became blood red; and the stars in the sky fell to the earth like a fig tree dropping its unripe figs when shaken by a fierce wind. The sky was split apart like a scroll being rolled up, and every mountain and island was moved from its place. Then the kings of the earth, the very important people, the generals, the rich, the powerful, and everyone, slave and free, hid themselves in the caves and among the rocks of the mountains. They said to the mountains and to the rocks, “Fall on us and hide us from the face of the one who is seated on the throne and from the wrath of the Lamb, because the great day of their wrath has come, and who is able to withstand it?”

Revelation 7:9-10,13-14
After these things I looked, and here was an enormous crowd that no one could count, made up of persons from every nation, tribe, people, people, and language, standing before the throne and before the Lamb dressed in long white robes, and with palm branches in their hands. They were shouting in a loud voice, “Salvation belongs to our God, who is seated on the throne, and to the Lamb!”
Then one of the elders asked me, “These dressed in long white robes—who are they and where have they come from?” So I said to him, “My lord, you know the answer.” Then he said to me, “These are the ones who have come out of the great tribulation.“

I will produce portents both in the sky and on the earth—blood, fire, and columns of smoke. The sunlight will be turned to darkness and the moon to the color of blood, before the day of the Lord comes—that great and terrible day!

They will go into caves in the rocky cliffs and into holes in the ground, trying to escape the dreadful judgment of the Lord and his royal splendor, when he rises up to terrify the earth.

At that time men will throw their silver and gold idols, which they made for themselves to worship, into the caves where rodents and bats live, so they themselves can go into the crevices of the rocky cliffs and the openings under the rocky overhangs, trying to escape the dreadful judgment of the Lord and his royal splendor, when he rises up to terrify the earth.

These are only some of many passages not mentioned here. A full study reveals there are many more where these came from.

So, what say you?

Scripture quoted by permission. All scripture quotations, unless otherwise indicated, are taken from the NET Bible® copyright ©1996, 2020 by Biblical Studies Press, L.L.C. All rights reserved.

2 thoughts on “Apples to Apples”

Did you enjoy this video?

Click on this link: Rapture & Wrath: Ready or Not to listen to the next installment by Zion’s Hope.

Please note: Sixth Seal Ministries is not affiliated, associated, authorized, endorsed by, or in any way officially connected with Zion’s Hope. The official Zion’s Hope website can be found at https://zionshope.org

Sixth Seal Ministries holds to a view that places the Rapture of the Church at the opening of the Sixth Seal, as recorded in Revelation 6:12-17 and extending through Revelation, Chapter 7. This view is known as the Pre-Wrath, Post-Tribulation Rapture of the Church, immediately after which, the Day of the Lord –also known as the Wrath of God– begins. 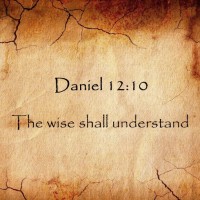